Growth Continues at the Firm 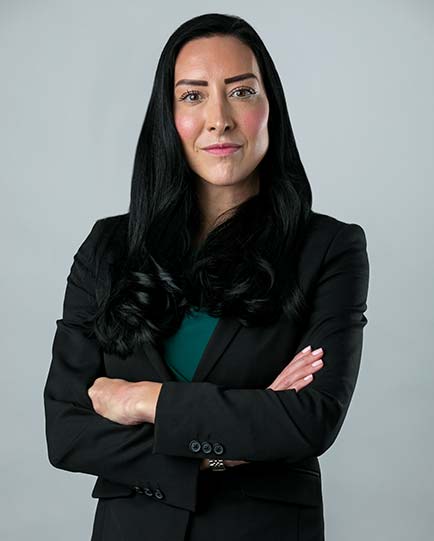 “Sean’s eclectic background and education adds a unique element to our practice, which will significantly benefit our clients,” said the firm’s founder, Stuart Calwell. A native of Canada, Shriver’s research on the Vietnam-era chemical weapon Agent Orange brought her to Nitro, West Virginia, in 2014. “We ultimately hired Sean as a research specialist in 2017,” added Calwell.

Calwell remarked that it was during her work in West Virginia, conducting interviews with retired plant workers and Vietnam Veterans affected by dioxin contamination, that she decided to pursue a law degree. “Her research skills are top-notch, and we’re proud of her work and dedication to our region,” said Calwell.

Shriver said when she first arrived in West Virginia in 2014, she immediately realized her career goals aligned with Calwell and his firm. “Stuart and his team are known to fight and win against Goliath manufacturers who cause harm to communities and their citizens,” said Shriver. “I knew I wanted to work on a team that cares about the health and welfare of its citizenry, and what better place to tackle urgent issues than with a stellar group of attorneys with the same ambitions.”

Shriver earned a Doctor of Philosophy in Sociology from Carleton University in Ontario, a Master of Arts and Bachelor of Arts, both in Sociology, from Memorial University of Newfoundland in St. John’s, and a Juris Doctor from the University of Ottawa. She was previously a lecturer at Carleton University, an assistant professor at the Universities of Winnipeg and Victoria, an adjunct professor at Carleton University, and a principal investigator and endowed research fellow for Social Sciences and Humanities Research Council of Canada. Shriver has published numerous academic works, including a book about the history of military and police use of non-lethal weapons, the use of novel weapons technologies by police in the United States, and the development and use of chemical weapons by the U.S. Department of Defense during the Cold War.