I started practicing law in 1976, first as Calwell McCormick & Peyton, followed by Calwell & McCormick and The Calwell Practice, LC, and now as Calwell Luce diTrapano PLLC, in a small office building in Nitro, West Virginia. Like most young lawyers starting out I wanted to build a "big, successful practice." The question, of course, was how to do that. At the time, I didn't really have a clue. Looking back, however with the benefit of more than a quarter century of experience, I see some defining moments. In 1979, I began listening to stories from clients who would walk into the Nitro office about the Monsanto chemical plant, which was located just across the railroad tracks from First Avenue in Nitro. Men were dying of bladder cancer due to their exposure to a rubber chemical, and many others had been sick for years from exposure to a product the workers called "weed bug" but that I later learned was "Agent Orange," the herbicide that was sprayed on the jungles during the Vietnam War. Approximately 200 of these workers asked me to sue Monsanto because of their injuries. I did, and what ensued was a five-year battle with a multinational chemical company ending in an 11-month jury trial. We lost most of the case, but we did win a verdict for Johnny Hein's bladder cancer. It was a devastating defeat, even though the appellate Court upheld our bladder cancer verdict, affirming that Monsanto deliberately had caused Mr. Hein's bladder cancer.  In the main however, it was a loss for the rest of the men. However, out of that loss, looking back, I see that it was responsible for the building of that successful practice I wanted as a young lawyer. I could never have seen that at the time. If someone had advised me, "Son, if you want to build a successful law practice, go out and lose the biggest civil action ever tried in the State of West Virginia"...well, who among us would've taken that advice.

However, it wasn’t the winning or losing that made the difference. I learned more from the loss than I could ever have learned from a total victory. I learned that often in life truth loses, but truth is always worth fighting for. I learned that the average person is often powerless before big business and big government and unless there are law firms willing to take these interests on for the average person, truth will never win. Therefore, my firm began to grow and more and more people began to come with their problems large and small.

In the years since the Monsanto case, my firm has been successful in a number of difficult cases against large chemical companies.  One case on behalf of a new born child, Joshua Herb, helped get a dangerous pesticide off the market.  As our reputation for litigating complicated chemical exposure cases grew, I was invited to address the British Airline Pilots Association in London on the dangers of organophosphate exposure in cabin and cockpit air.

Our practice also includes litigating environmental disaster cases.  For example, in 2001 we sued most of the major coal and timber companies in southern West Virginia over catastrophic flooding caused by storm water run-off from strip mines and timber operations.  After an 8-week trial we won a verdict for thousands of flood victims.  The case took ten years to complete, but in the end the truth prevailed.

Our practice extends to unsafe work places.  The unsung heroes of the world we see - the buildings, roads, bridges, houses, everything on the horizon - are construction workers. They build and maintain this world for us to use and to raise our families in and to earn our living in. They're here today and gone tomorrow.  The work they do makes our daily lives possible and yet these workers are largely invisible.  However their work is dangerous, and they get hurt, and they sometimes get killed building the America we live in and enjoy.  We take pride in representing them and their families.

Drug companies and negligent doctors have injured countless clients of our firm.  We litigate these cases in many states, including West Virginia.  Defective products injure our families, careless drivers wreck our lives.

I could go on, but you get the idea. Whether your problem is large or small, if there's truth in it, and if you've been wronged, well, the truth is worth fighting for.

By the way that long trial against Monsanto I mentioned, well, in 2004 my firm sued Monsanto again.  This time we alleged and ultimately proved that the Agent Orange produced at the plant had contaminated the Nitro community. Almost nine years later, in January 2013, the Court approved a huge settlement that obligates Monsanto to monitor the health of the residents of Nitro and to clean-up almost 5,000 homes.  So the truth was worth fighting for. 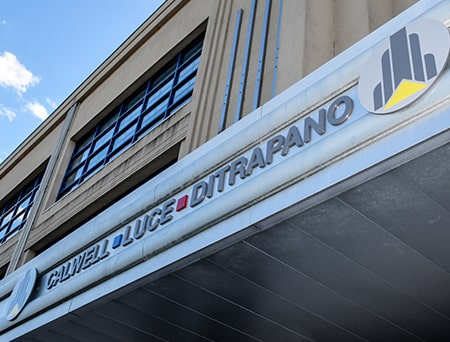