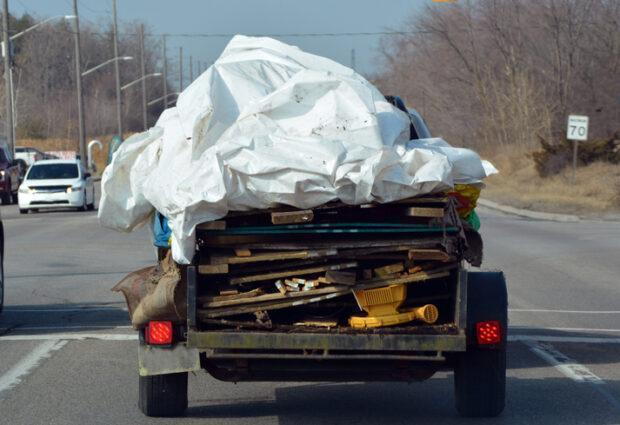 The AAA Foundation for Traffic Safety reported that within the four-year span of 2011 through 2014, road debris was a factor in more than 200,000 motor vehicle accidents in the United States, resulting in 39,000 injuries and more than 500 deaths.

Any road debris can cause serious damage to cars following in the same lane, but when that debris comes from a truck, the damage can be devastating. When a truck’s cargo is not strapped down or otherwise secured appropriately, it can become a dangerous projectile, moving at the same speed as the truck itself. If your car happens to be in its path and you’re injured by flying debris — or crash because you swerved to avoid it — it is important to hold the negligent trucker responsible. But what are your options if the truck driver continued on his route, leaving the scene of your accident?

Holding any party liable in a hit-and-run accident is difficult, but not impossible. You have both federal and state laws on your side. The Federal Motor Carrier Safety Administration regulates the trucking industry nationwide, so large commercial carriers are required to meet standards on load size, weight limits, and truck maintenance. West Virginia law requires all loads that are transported on a highway to be securely fastened to the vehicles that carry them; failing to follow the law can result in up to six months in prison and up to $500 in fines.

But if the truck that injured you left the scene of your accident, there are steps you can take to try to find the driver and hold him and the trucking company accountable:

If you are hurt in a West Virginia accident caused by debris that fell from a truck, the attorneys at Calwell Luce diTrapano PLLC in Charleston can help you seek monetary compensation for relevant repair costs, medical bills and other expenses. Call us at 800-876-5529 or contact us online to arrange your initial consultation.