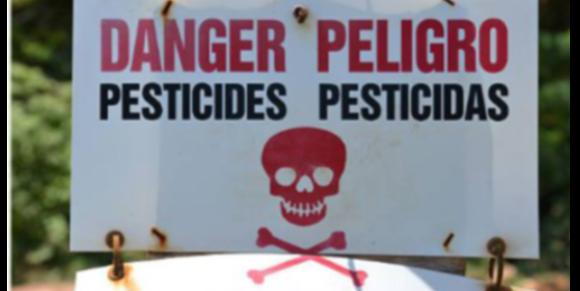 Organophosphates are a large class of chemicals used primarily in pest control. These products were initially developed during World War II by a German scientist looking for a way to control insects and increase agricultural output. However, the developed compounds were deemed too toxic to be used for pest control, and the compounds were taken over by the Nazi War Department to be used as deadly nerve gases. Since then, the use of these toxic nerve agents has continued in modern wars and terrorist attacks.

Despite the deadly applications, after the war, companies in the United States, such as Bayer Sciences and Dow Chemical, recruited German scientists to further research the organophosphate chemical group for a product that could be suitable for use against insects. As a result, chlorpyrifos was registered as an insecticide in 1965. Some common names for products containing this compound are: Dursban, Lorsban, Warhawk, Vulcan, and Lock-On Insecticide. Since registration, it has become one of the most widely used insecticides in the United States.

Although the makers of the insecticide insist it is safe to use, there are several factors indicating something entirely different:

Calwell Luce diTrapano PLLC has been instrumental in calling attention to the dangers of chlorpyrifos use in homes, public buildings, and schools by filing multiple lawsuits which have resulted in settlements for our clients that were poisoned and tighter regulations implemented by governmental agencies. Our skilled lawyers understand the dangers of this pesticide and take a personalized approach to building strong, evidence-based cases for those poisoned by chlorpyrifos products.

If you or a family member believe you have been exposed to a chlorpyrifos product, call us at 800-876-5529 or contact us online to schedule a free consultation with one of our knowledgeable team members.